The concept is as follows

First, let’s write about serverless. DevRel/Asia 2020 is built on a combination of the following services.

Out website is deployed on GitHub Pages. And we are used Jekyll a static website engine. Jekyll can use JSON and YAML as a data file. So for example, we prepare JSON data for the organizer and update it. the website will also be updated automatically. 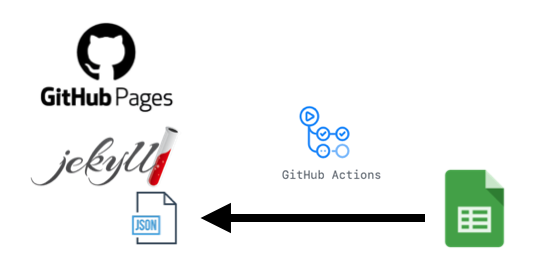 We use Google Sheets as the source of this data, which mainly manages the following data.

GitHub Action is used to periodically update data as a cron every minute (actually it seems to be every 8 minutes) when it is pushed to master. Here’s a partial configuration of GitHub Action.

The CFP has a dedicated form. Originally, we used to use PaperCall, but there were some problems, such as not knowing which language to use because it does not support multiple languages, and not being able to select the language speaker want to use when they speak. There is a way to describe such explanation on PaperCall, but it is not practical since there are 6 languages (English, Japanese, Korean, Chinese, Indonesian and Vietnamese). So, we prepared the CFP form independently and decided to support multiple languages.

I will write later on how to support multiple languages. When someone submit a CFP form, the data is sent to Nifcloud mobile backend. There are several reasons for this.

When the data is reflected, we send an email to CFP contributors, telling them to confirm their CFP registration. We use Customers Mail Cloud for sending email. We also notify the organizer channel in Slack that the CFP has been received.

One of the weak points of using PaperCall is that the free version only allows up to 5 people to participate in voting. Of course, we could have gone with a paid version. But in this case, we solved that problem by using our own form, which we created using Google Apps Script to develop our own voting form. Now all the organizers (there are over 30 organizers at DevRel/Asia 2020) can participate in the voting. 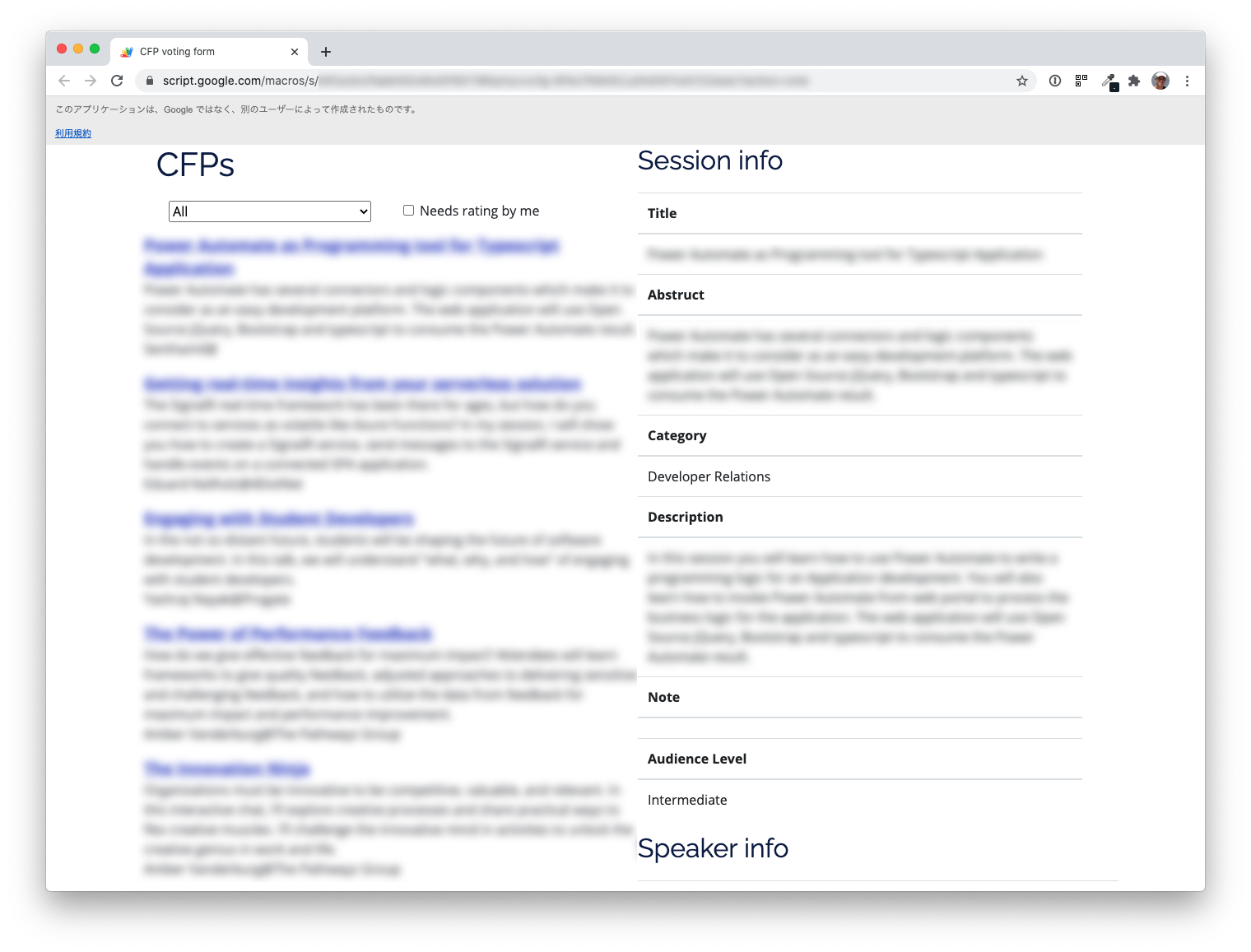 The voting form is built on Google Apps Script, so it’s easy to read the data and implement the voting results. Voting results are, of course, stored in a Google Sheets. 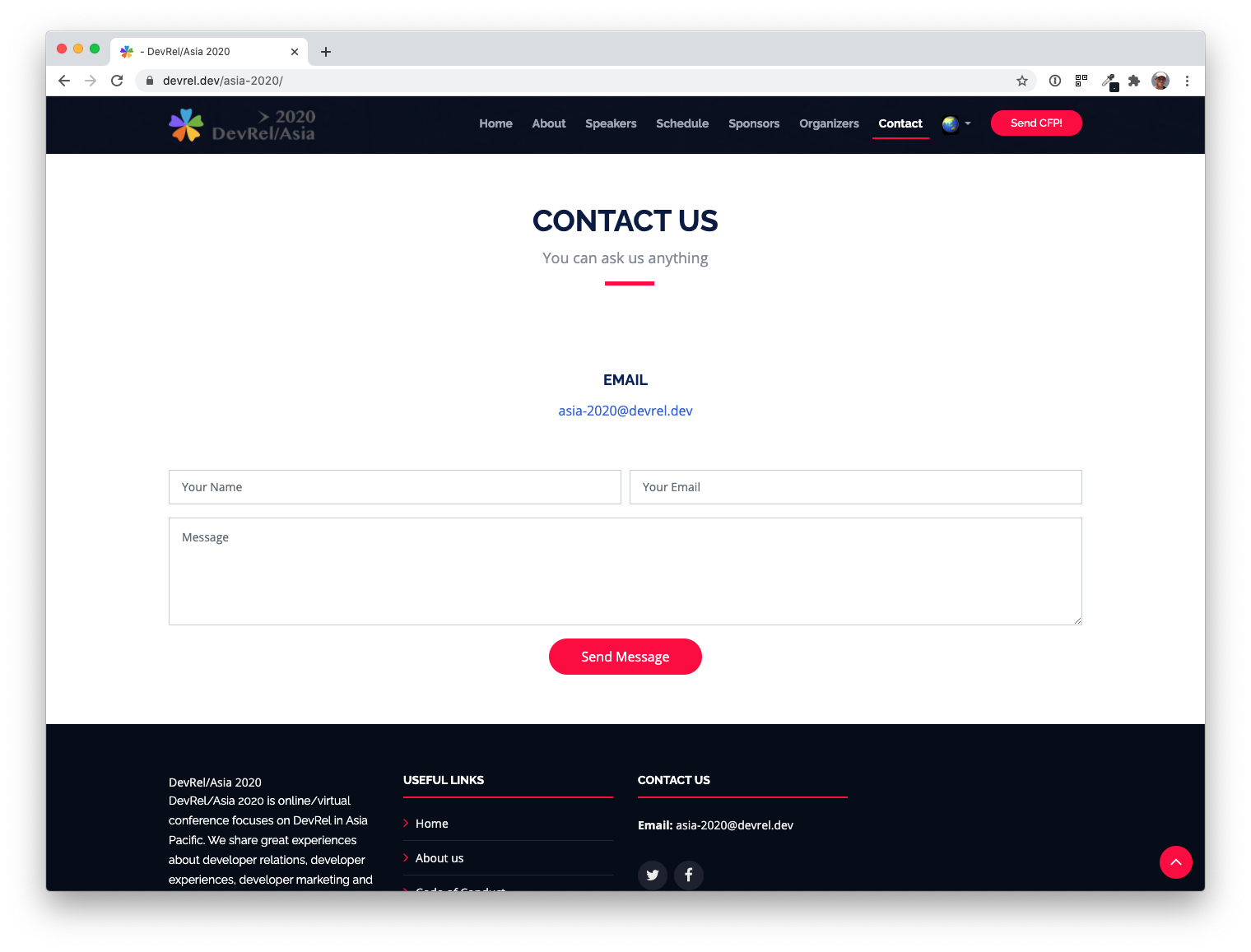 The conference is accompanied by a contact form. We have two entrances.

The first thing we do is send a dedicated form inquiry, which sends data to Nifcloud mobile backend and runs a scripting function in it. It’s sending a message directly to the Slack channel. 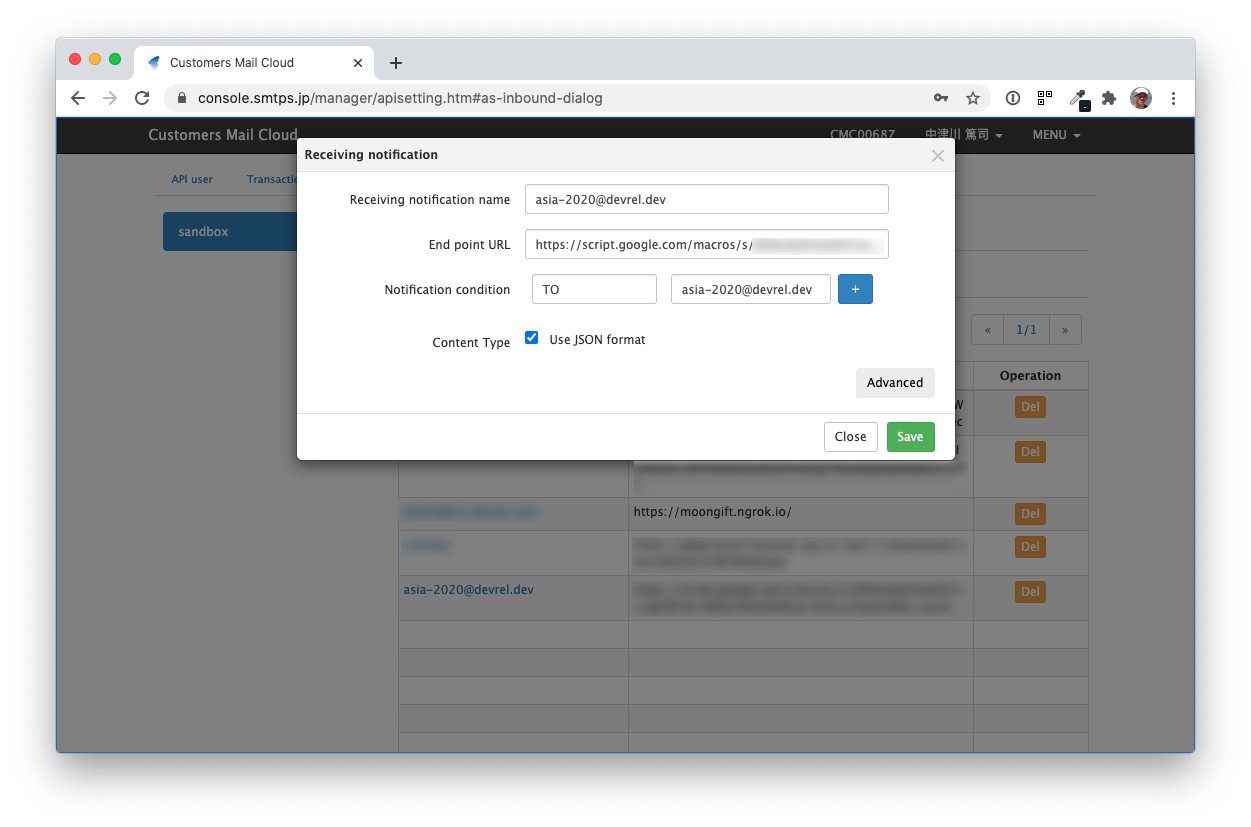 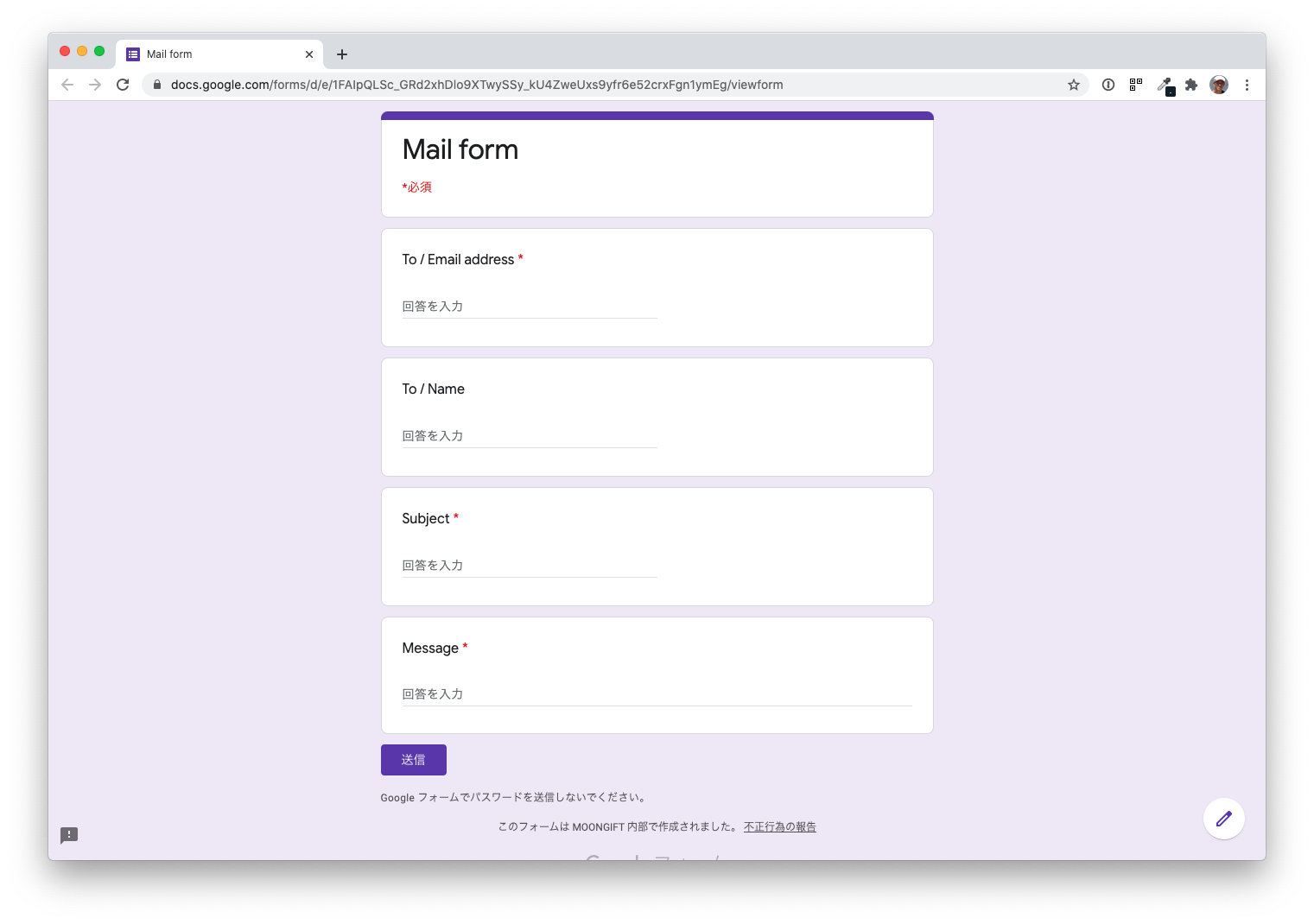 We use Mailchimp for email updates. We don’t have anything special to say about it. It’s easy to use and it’s a great service. 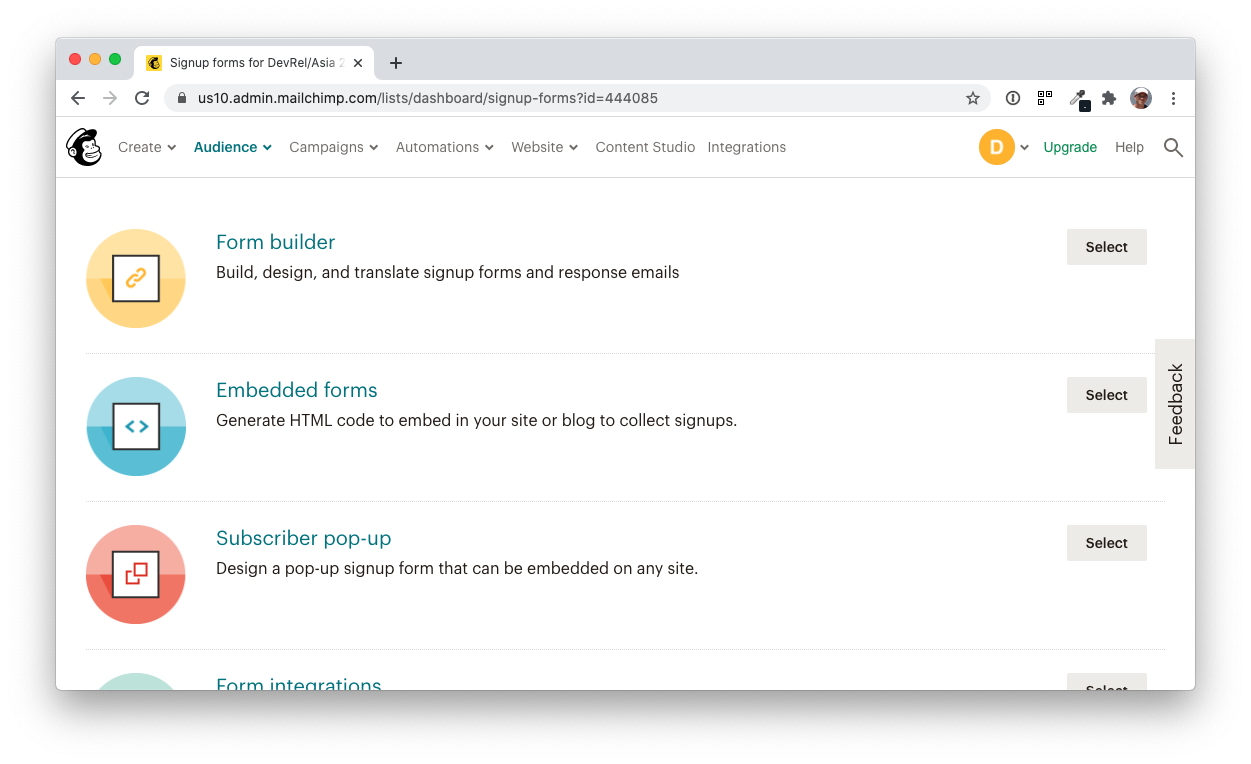 We have the following social channels at DevRel/Asia 2020

Creating a message for each of these channels is hard, so we use Buffer. We use Buffer, which has an API that allows to batch submit messages to pre-registered social services. 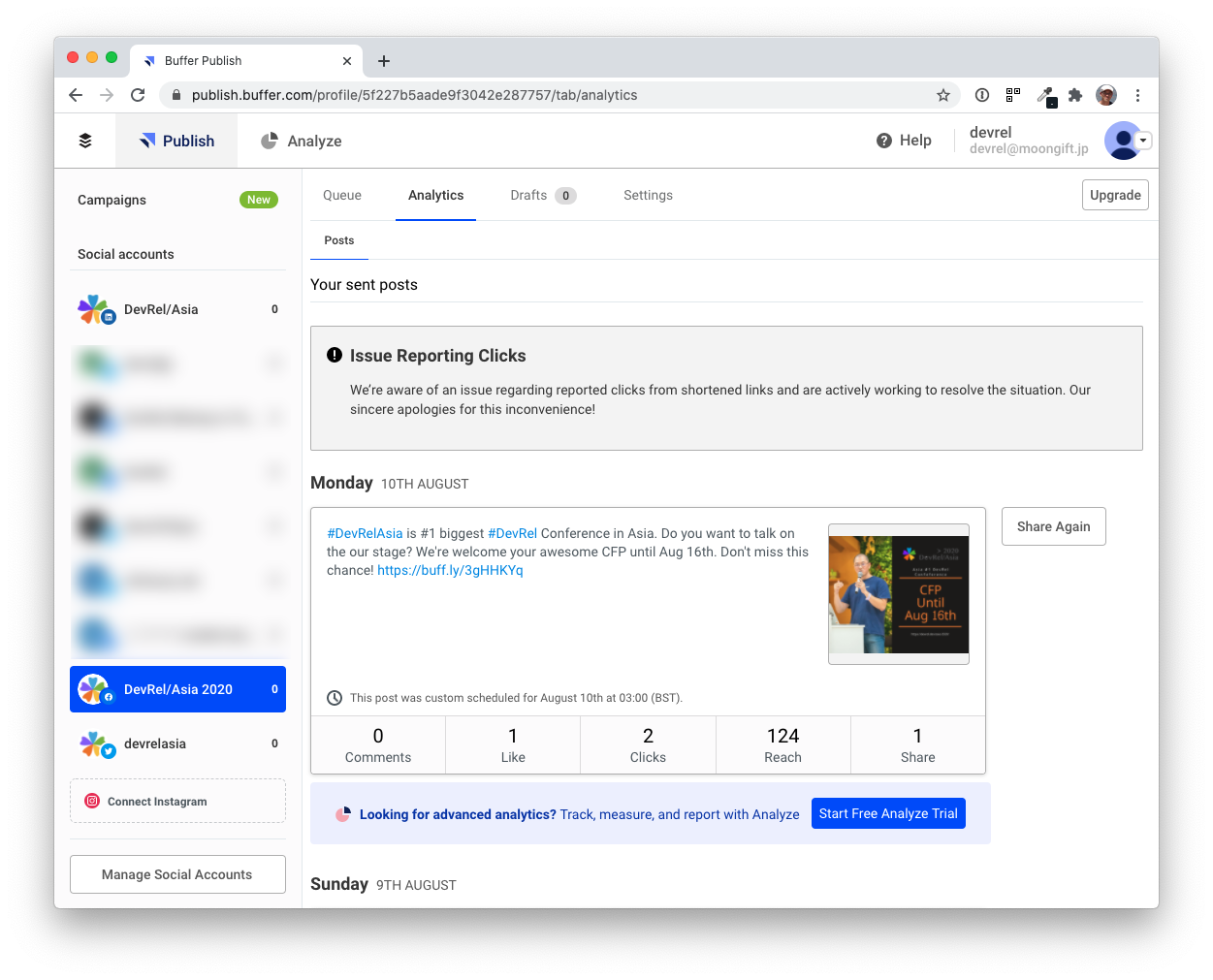 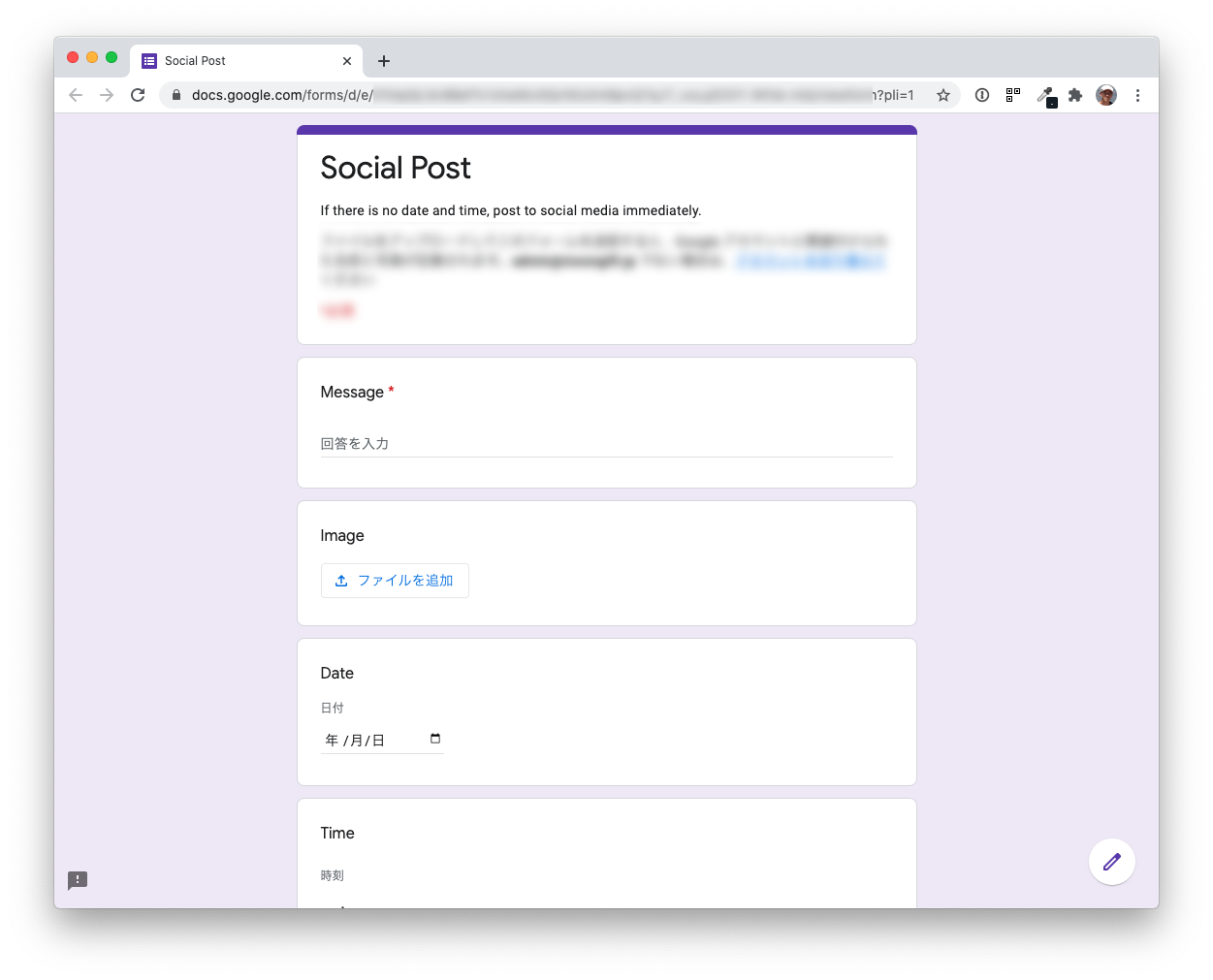 The big advantage of this architecture is that we don’t have to register each account to each social service - no more TweetDeck for Twitter, no more registering for Facebook or LinkedIn admins. The person in charge will be able to send messages to each service by filling out one form. 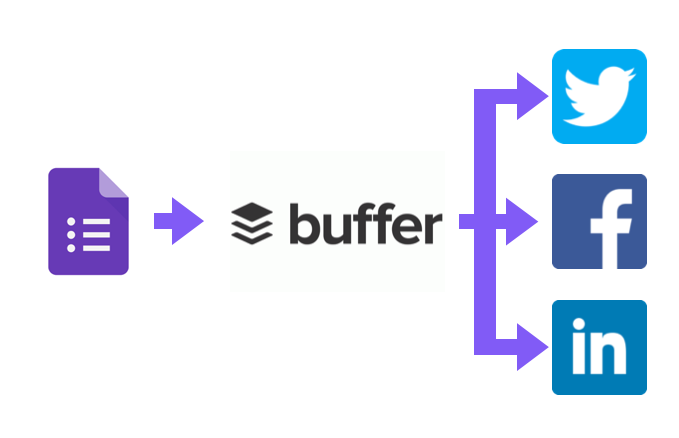 The combination of these services allows us to manage and operate the DevRel/Asia 2020 website in a serverless and free.

There is a CMS for managing conferences, but it can be a pain to use. There is WordPress plugin, but Google Sheets is much easier to operate. Managing servers is also a hard, and there are also some security risks.

For this reason, DevRel/Asia 2020 has been designed to be a static site, following in the footsteps of DevRelCon Tokyo, with free SSL hosting and stable operation with GitHub Pages.

The hardest part of the conference was going multilingual. At DevRelCon Tokyo, we only had to use two languages, English and Japanese. This time, as we mentioned earlier, there are 6 languages. First, we prepared a translation key.

Since it was difficult to do that in Jekyll, I decided to use Ruby to handle it beforehand. This is done in GitHub Actions. If the keys are translated, they are given priority, if not, the English strings are applied to the keys. As a result, the process on the Jekyll side is simple.

For all displays, we write the following process

It would have been nice to be able to write something like below, but Jekyll doesn’t seem to allow us to define variables in included files when using include. So I use assign every time.

The translation is rendered in parallel as follows. And by default, all .lang is hidden.

And using JavaScript to recognize the language of the web browser when the website is displayed and reflect it in the display. The language recognition process uses a library called blang. 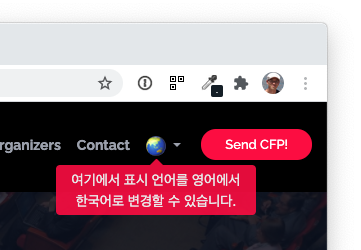 This method is generally fine, but there are a few issues

There are some problems that haven’t been solved, but if we’re using Markdown, for example, we can solve them by using JavaScript to render Markdown.

Being a static site and using a Google Sheets makes it much less maintainable. If it’s in a table format, we’ve all had experience editing it. It’s a lot easier than creating a dedicated admin screen, and doing all the complicated processes there. 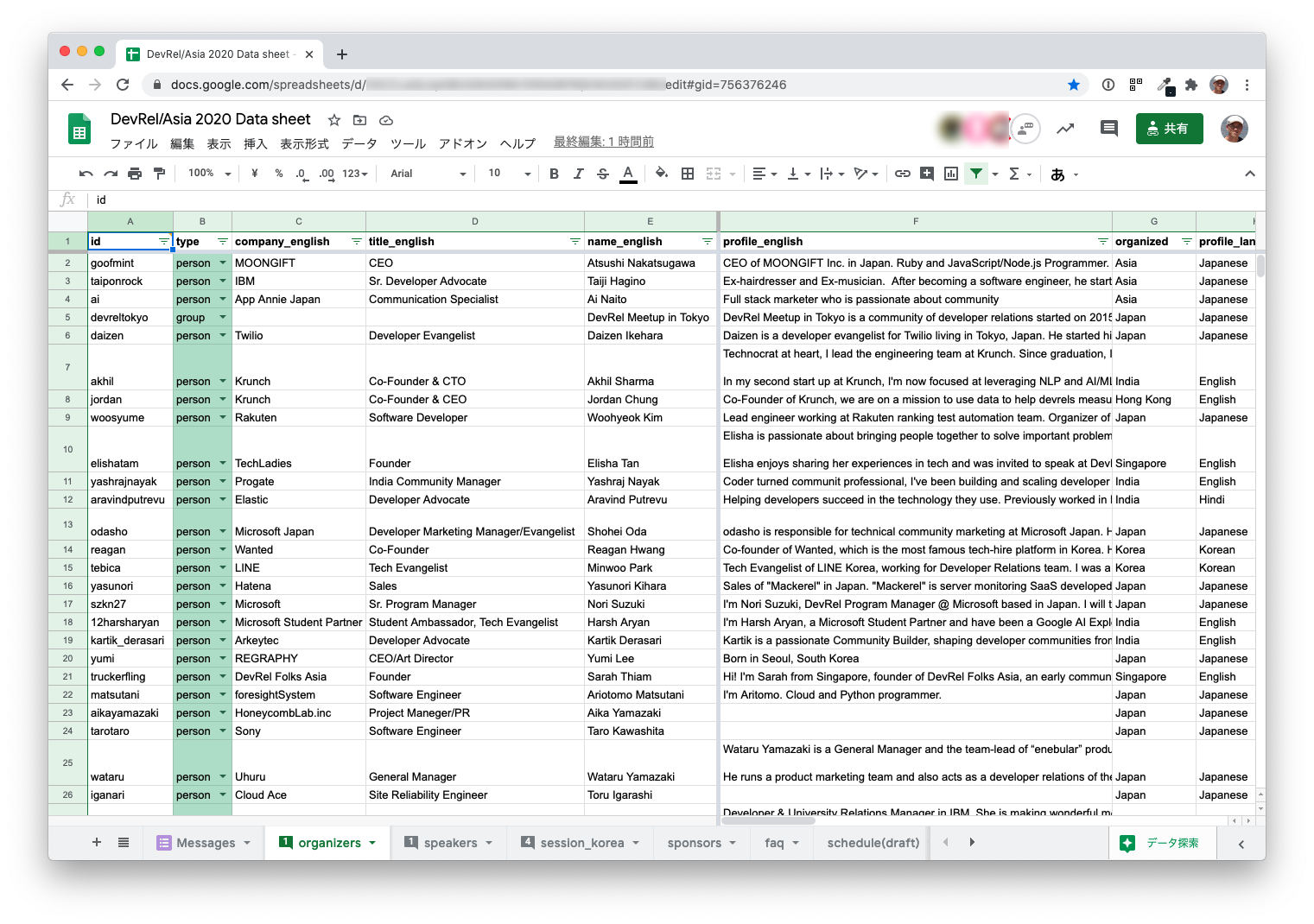 Scattered information is the most problematic in this kind of much people work. There are few places to look, and it’s recommended to be fixed. In this case, I only use Google Drive and Slack. All of our emails come to Slack, all of our meeting minutes are stored on Google Drive, our CFP votes and social posts are completed on Google Forms.

I’ve introduced back stage at DevRel/Asia 2020. Operating serverless frees us from managing servers and allows us to focus on running the conference. With data management and presentation separated, it’s also easier to isolate problems as they arise.

I hope you all find it helpful when you’re running your own conference or community website!